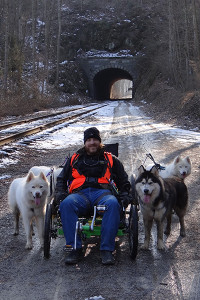 I am Dyslexic, (did I spell that right) (LOL). So my learning style is a bit different and usually more challenging than others without Dyslexia. I was diagnosed in the 8th Grade back around 1981 so this was a time when the public was just starting to learn about and understand Learning Disabilities. I fortunately was able to attend a brand new very small school that was for people with learning disabilities. I found it much easier for me to learn and study there and am so grateful to have been able to attend. This school taught me that there is so many ways to learn and to keep on pursuing until we find our way. This brings me to this section. I have found an interest in the History of the trails and areas I have been riding with the WOOFPAK (My Dogs) and to read about this history and understand some of these intense details would be very time consuming and a bit challenging for me. I therefore (understanding there are many learning methods) thought it would be so useful and wonderful to work with some professional poem writers to explore and write the history of these trails (that are very rich in history) in a very palatable, interesting and fun way. This is an ongoing venture and as I explore these places I will work with the writers to develop more of these Historic Poetry!! I hope you enjoy as much as I do!! 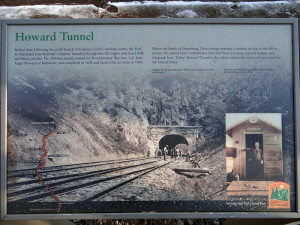 A Touch of Real Life Amidst the Drama of War

Though much of bad news sprang from the war
And many residents on the canal had much to fear
Every once in a while good things came to pass
As it did for one gentleman, 1863 was the year.

Though the camp at Seneca Lock was an unholy mess
Where many men died from disease and the cold
Corporal Frank Swan loved being there
As love made him bold.

One Miss Mary Gaster was what made him stay
And though there was much reason to grief
There was one thing that soon came from the wreck
And that even soon happened, June 14 was the day.

Chaplain Haynes resided over the marriage
With a few friends around the even to bear witness.
For a short time there was something to celebrate
Although what happened next was of debate.

Mary was only 14 at the time,
And Swan was a fighter, a man true to his cause.
When the men were in trouble he never gave pause.
He disappeared, presumed dead, but his strength received applause.

For he was a part of those who took a stand
When Confederates drove them up from the South back to this point.
He disappeared around Cedar Creek
A sharp shooter out fighting so others could escape.

Tied into Their Boats

Many of the men who owned their boats in the day
Had to take something like a mortgage to do it.
Because of this their boats were more important than a house
As both their jobs and money were tied into it.

These men were called independent boatman
And they lived as best they could
Running coal and other goods at clients’ requests
Until the war it was a steady livelihood.

Even after the war started, the mortgages were quite strict.
As if to ensure there was no way for a payment to be missed
The runs that boatmen made was up to the whim of the mortgage holder
And so other clients were nearly impossible to enlist.

Perhaps the worst of it was that they had to run coal
And they were given hours of 24/7
Meaning they had no breaks
No matter how heavy the fighting or nasty the outcome.

As long as any debt was owed
The boatman was not truly independent.
His worked was done at the command of those who gave him the loan
Meaning until the debt was repaid his boat was not his own.

The South was not the only side who thought they had a certain right
To take boats that were simply passing along the water.
The Union too felt they should have control
And this had the same result, a hazard during the day or night.

For example during the winter 1862
The Union took over 150 boats
And not always for the same purpose they did this.
Just what would happen to the boat no one knew.

Some boats were used as bridges so the North could slip across.
This made it easier for soldiers to move back an forth
But it put the boats in harms way without compensation
As if the livelihood of citizens was something the Union could toss.

Sometimes the Union moved the boats to the Potomac for another cause.
To block Southern passage they had a definite plan.
Once settled in the right place on the river
The Union would sink it without giving pause.

At best the boats could be commandeered
Then be used to transport things on down the line
Or left on the shore in case a need came.
But for that time, the plight of all owners was the same.

Danger on the Waters

Raids, invasions, and blocked passage were not the only concerns
For gunfire ranged up and down the canal throughout the war.
Being near the border between the two warring sides
Was a hazard for those who on the water relied.

What was worse, there were times when the shots were intended
When the South attempted to deter boating progress
Causing the men trying to make a living impossible stress
A cruel method of control that put loyalties to the test.

With such directions, Confederates were forced to take aim
Hoping the transport to maim.
Just how serious were they meant to be?
That is unknown because direct orders have not made it through history.

During times of battle were the worst
Because there was no way to know when fighting would start
And there were times when boats would be surprised
As they traveled unaware of skirmish going on by the two sides.

On one cruel day in September 1861
A tragic misfortune claimed the life of a boy
Who worked on a boat close to Shepherdstown at the time.
A fight across the river accidentally took his life, with no reason or rhyme.

There were several points where the Confederates went on raids
Making it nearly impossible for boatmen to get paid.
For the raids were merciless, they took no lives into account
Though people were spared, their livelihood they had to do without.

Although not too many ended up in Southerners hands
It was the simple threat, a scare anyone can understand.
It got to the point where boatmen would reach Cumberland
Then refuse to tie up or come to land.

Raids and invasions of other areas set the precedence
And taught boatmen to be concerned of Confederate presence.
Word of what happened at Mosby reach many ears
As well as stories over the war years.

Heavy losses, sometimes everything that a person owned
Made the water dweller’s senses well honed.
They made sure to know what happened along the canal
Through whatever means, and whatever channel.

There was even a time in 1864 when the boatmen refused to work
Because the Union troops had left, leaving the men feeling they had been jerked.
Not worth the risk, they simply tied up their boats
Requiring an escort before any goods they would tote.

In the first days when the South controlled some of the canal
Boats were forced to do as they were told
Even if they were for the Union
Or if the owners had goods to be sold.

From April until June of 1861
The Confederates were placed at Harpers Ferry
Where they took control of at least two personal boats
And what they did made the others very wary.

The South used the boats to block the passage of others
Insisting that to pass they needed permission.
Without the say so of the Confederates
Forced those on the water to come to a tough decision.

If they could not pass unmolested
The only thing they could do was refuse to send shipments.
And so they ceased making a living for the time that the South
Created a problem that was a real detriment.

The Confederates control lasted roughly six weeks
And for that time the boatmen refused to take part
Of moving goods along the waterway.
When the Union returned, again commerce could start.

During the years of the Civil War
Many of those who worked on the water
Worked for themselves earning whatever they could
Mostly without wondering if they should.

Until the year 1861 things were hard but alright
Because there were ways to make a living if done right.
They wanted little more than to live as they knew
Traveling the canal during the day and docking at night.

Then came the war and everything changed.
They came under scrutiny on the one side
And on the other they were forced often to hide.
It was an impossible situation over with to sit astride.

For those who were the captains if things went wrong
They could lose their whole livelihood.
While those forced to travel in either direction
Were left in the open with little protection.

Over the years when the war raged
The canal was one of the most difficult to work
Because there were constant interruptions
And too many life or death disruptions.

December 17 saw a renewed attack on Dam 5.
Not only did they fail to take out the dam
Their inaccurate fire made them some real enemies
As those who were affected saw only one way to survive.

The four eldest boys all joined the North’s cause
Each taking off at a different time
It was what they felt to be right
And so they left home without seeing the possible flaws.

For their father died at the end of 1864, though not too old
And with all the older brothers in the war
There was not much the mother could do with two young sons
No way make it if help did not walk through the door.

Fortunately for the Sterlings the war ended soon after.
Once it was done, the sons could return
And they almost all went back to working the locks
Having paid a high price, a valuable lesson they learned.

Daniel Sterling was just a young lad
When the war tore the country in two.
At the age of just ten he was a witness
Of something the South perpetually tried to do.

He lived on a farm very close to Dam 5,
And at the end of the year 1861
He saw the first attempt of Stonewall Jackson
As he tried to make the dam come undone.

He saw as they tried to hit certain points on the dam
Hoping to break it with their cannon fire
But what they managed to do was to burn a house down
Still they continued to press for their strong desire.

The next day they burned down a barn
Where Union soldiers had been sleeping.
Instead of returning fire, the soldiers help the farmer
Saving his life stock and what they could of his grain.

This was the place where Daniel Sterling lived
So it was that when they could, the North decided to give
Instead of employing their weapons to destroy,
They taught an odd lesson to this impressionable boy.