On January 22, 2015 the WooFDriver took the WooFPAK on a Mushing tour of the Henry Hudson Trail in New Jersey. The 24 mile long trail is not near the Hudson River, but named after Henry Hudson to honor the man who explored the highlands and coastline in the early 1600s. Unlike most rail trails, this railroad line was never officially abandoned, it leases the line for trail usage to the park system.

Wikipedia’s Webpage to learn more about this trail

Please take a look through the photo album of the WooFDriver’s adventure! 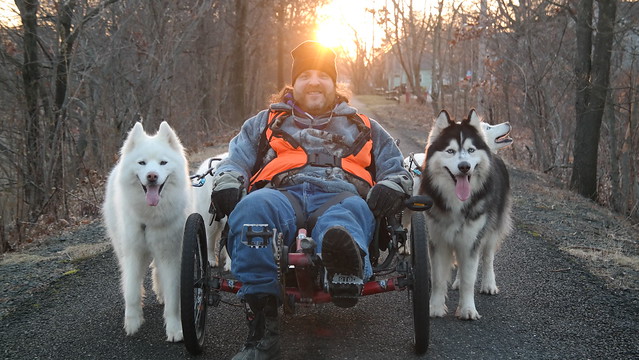