On January 18, 2014 the WooFDriver took the WooFPAK on a Mushing Tour of the GAP Trail that runs beside Ohiopyle, Pennsylvania. King George III declared this area to be a Native American Reservation in 1763 and all European settlers were suppose to leave. When they refused King George bought the land from the Iroquois in 1768. After the purchase the land was claimed by both Pennsylvania and Virginia, this dispute was not resolved until 1784.

Please enjoy the photo album from WooFDriver’s Mushing Tours of this area! 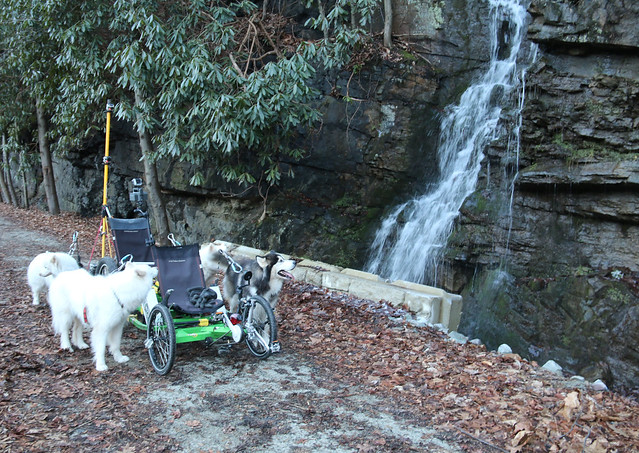 Also enjoy the videos from this portion of the GAP Trail!